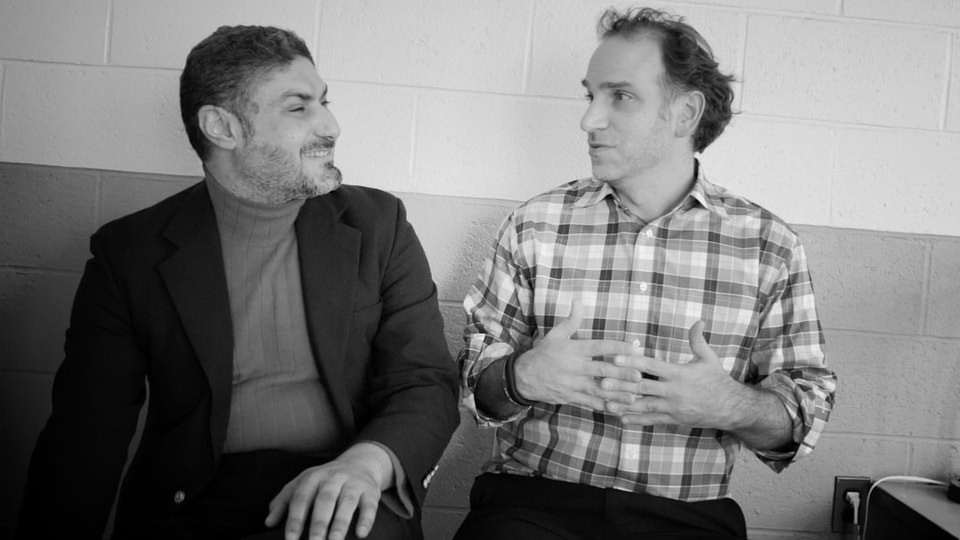 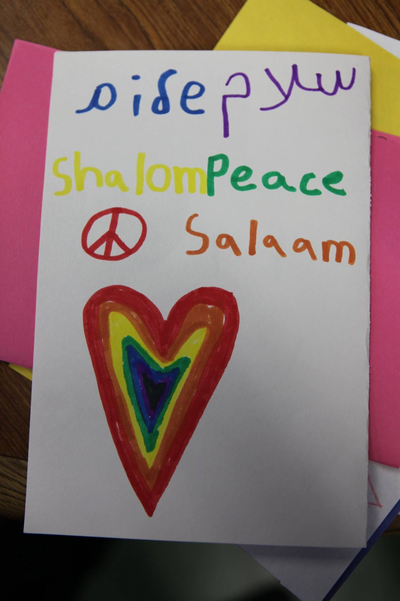 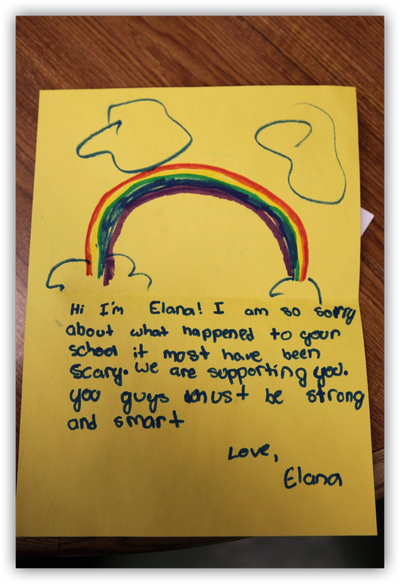 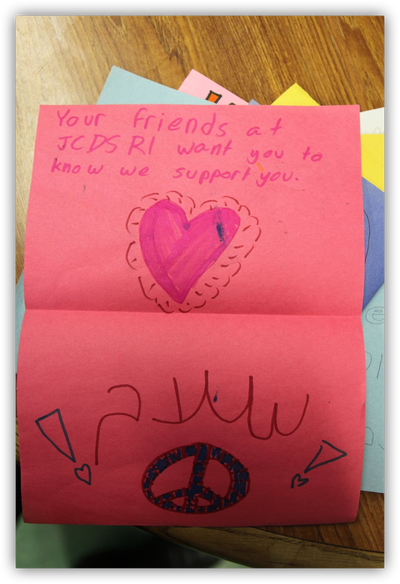 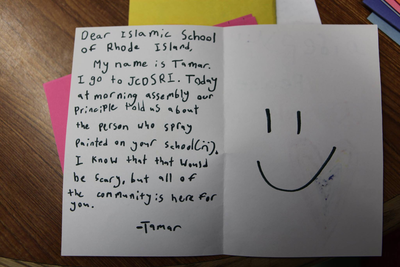 ​On MLK day, students of all ages and their families from JCDSRI and ISRI came together to create tape art murals promoting peace and unity. The theme of the tape art event was, “Ways to Improve the World,” and creations included  multiple environmentally-themed pieces.

The 12-week theater program culminated in a collaborative performance by the fifth graders at the Brown RISD Hillel auditorium that explored their Muslim and Jewish traditions. Drawing an audience of nearly 150 people, their performance, “Community Through Time,” the incorporated songs and monologues by the students.

“They wanted to share what they learned about one another,” said Elizabeth Cunha, founder and executive director of the Center for Dynamic Learning. “And they wanted to show how many similarities they have.”

Student testimonials from the production process:

In 2017, the schools came together again for their second joint MLK day of service. “We hope that our spirit of cooperation and friendship will grow and spread over the years, and we hope Reverend Dr. Martin Luther King would be proud.”

Fifth grade students from the JCDSRI and the ISRI met at the Center for Dynamic Learning (CDL) for interfaith learning led by Rabbi Andrea Gouze and collaborative STEAM projects led by CDL.

​Reflections from a JCDSRI student...
I enjoy my time spent at CDL for several different reasons. My first reason is I get to meet new people. I get to talk to people I don’t usually have the chance to talk to. At CDL we do fun STEAM projects and learn about Islam and Judaism. For example on March 2nd we were asked to bring in a ritual object that was important to us and related to our religion. I learned that they have a type of Torah written in Arabic. I learned that words from Hebrew and Arabic are very similar. I realized that we both want to be respected for our religion and want to be ourselves.

My second reason I loved CDL is because we do fun projects involving science, technology, engineering, art, and math. Currently we are making popsicle stick bridges. These bridges are going to lie upon two small books and are expected to support two heavy textbooks. This fun project brings us all closer together because we can’t ignore each other. We are building friendships with each other. We now are working together to make a whole. We are like a system, a group of interacting parts working together to make a whole or a function.

The third reason I like spending Thursday afternoons at CDL is because of our president doesn’t like Muslims and we know that isn’t smart. While spending time with them, I realized we are the same and that we just practice a different religion. Being with the students from the Islamic School of Rhode Island is being with friends, and having fun with them and doing STEAM with them. I have made so many good friends including Alena, Jasmine, Huda, and Miriam. Although our president doesn’t like Muslims we are being really good friends with them and they are great.

Overall I love spending Thursday afternoons at CDL with the kids from the Islamic School of Rhode Island. I wish I could spend more time with them because they are awesome and fun. 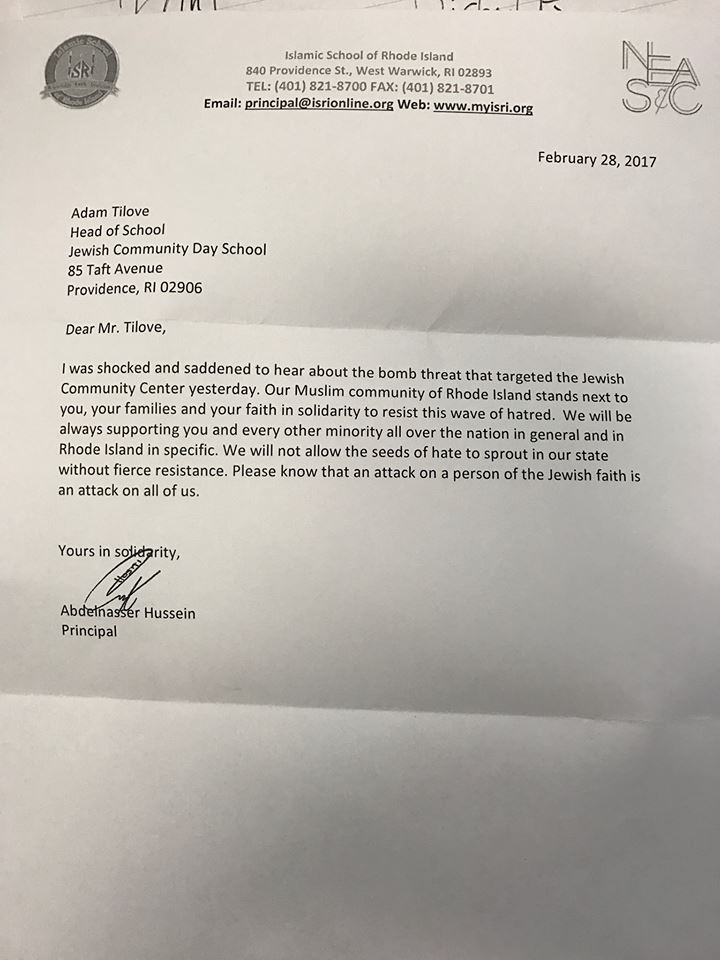 Summer 2017 marked the formal creation of BRIJ (Building Relationships: Islam & Judaism). BRIJ leaders Ilana, Junaid and Becki worked over the summer to develop the structure of BRIJ and draft the fifth grade curriculum grounded in the shared value of giving Tzedakah/Sadaqah. In addition to the generous grant from the Rhode Island Foundation's Bliss, Gross, Horowitz Fund that has supported Partner's in Peace since 2016, BRIJ received the Healing the Heart of American Democracy grant from the Interfaith Youth Core (IFYC).